Rabbi Brian Walt served as the part-time rabbi of Tikkun v’Or since 2009, visiting the congregation for several week-long residencies during the year and leading High Holiday services.

Rabbi Brian, who was born in Cape Town, South Africa, during the Apartheid era, has many years of experience as a Jewish teacher, counselor, public speaker and over 25 years experience as a congregational rabbi. Inspired by reports of activist organizations such as Jews for Urban Justice and the Havurah movement, he immigrated to the United States in 1974. He completed a Master’s Degree in Education at the Jewish Theological Seminary in New York and went to Philadelphia in 1976 to teach at Akiba Hebrew Academy. In 1984 Rabbi Walt was ordained as a rabbi by the Reconstructionist Rabbinical College. He is rabbi emeritus of Congregation Mishkan Shalom in Philadelphia, PA, an activist congregation he founded in 1988. He was also the founding executive director of Rabbis for Human Rights – North America (currently T’ruah: The Rabbinic Call for Human Rights)

In his rabbinate, Rabbi Walt is inspired by his love of Jewish culture, spirituality and ethics. He loves to teach people of all ages, to tell stories, and to sing in English, Hebrew and Yiddish. Over the years, Rabbi Walt has inspired individuals and communities to develop meaningful and jo 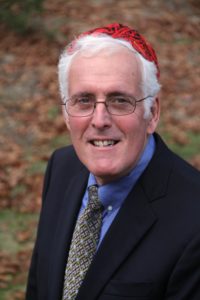 yful Jewish spiritual practices and to respond to the prophetic call to work for a world of justice, compassion and love for all. Under his leadership, Tikkun v’Or set “Spirit, Justice and Community” as the mission of our congregation.

Rabbi Walt is a spiritual activist dedicated to racial and economic justice in our country and to justice and peace for all in Israel/Palestine.

He lives on Martha’s Vineyard with his wife, Rabbi Caryn Broitman, and their child, Galya. He has two older children, Benjamin and Chana Joffe-Walt, and three grandchildren, Jacob, Micah, and Adam.

Rabbi Brian will be retired from Congregation Tikkun v’Or in 2020.

Message from Rabbi Brian in Response to Attack on Jews in Pittsburgh, October 27, 2018