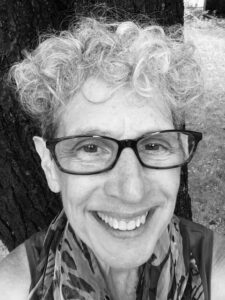 Rabbi Shifrah came to TVO in July 2021, from the San Francisco Bay Area. She describes herself as a rabbi, interfaith chaplain, and poet with a healer’s spirit, a holistic bent, and a dedication to social, economic, and environmental justice.

Rabbi Shifrah comes to TVO with much experience, not only as a spiritual leader, but as a person who has taken on a variety of vocational and avocational endeavors over the years. After a ten-year career as a body worker, she worked for twenty years in the fields of health education and public health. This led her into the arenas of HIV/AIDS, disease prevention and management, patient empowerment, respiratory health, healthy housing, and health equity. She holds an MPA in health care and organizational change, and an MA in religious studies.

She cut her teeth as a progressive and social justice activist when she was a community organizer in Chicago in the late 1970s-1980s. As a long time seeker, she found her spiritual home when she met creative progressive Jews interested in renewing Judaism to reflect their values while infusing it with spiritual meaning, and this has been her path ever since. Her spiritual and political travels also drew her to the deep activism of Compassionate Listening, which she sees as a necessary companion to compassionate action.

Rabbi Shifrah was ordained by the Aleph Alliance for Jewish Renewal in 2015. During her studies, she delighted in her work as a rabbinic intern for Congregation Ner Shalom in Cotati, CA. Since ordination, she worked for a number of years as chaplain for an organization that serves low-income seniors, particularly those living in under-served and marginalized communities. She has also served on and been the liturgical lead for a chevra kadisha in the Bay Area for many years, and has been an active leader and teacher in her Bay Area communities.

Rabbi Shifrah grew up in Cleveland, Ohio, and her wife Ruth grew up in Central Illinois. So in spite of Ithaca’s cold winters, they’re happy to be reacquainting themselves with the more dramatic seasons found here in New York.

Rabbi Shifrah looks forward to connecting with congregants for rabbinic counseling, to discuss life cycle rituals, or just to get to know each other. Rabbi Shifrah’s regular office hours are from 2-6 pm on Wednesday and Thursday, and she’s available to meet with congregants at these times. Congregants can also contact the rabbi directly if they’d like to schedule an appointment either during regular hours or at another time. Contact rabbishifrah@tikkunvor.org or call/text 607-229-6747. R Shifrah is generally not available on Monday and Tuesday, except in the case of an emergency. 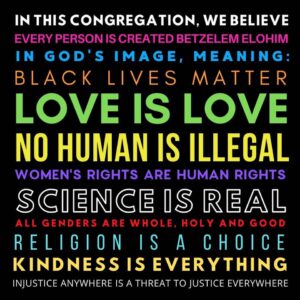